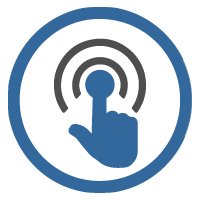 ICT sector of Nepal is one of the fastest emerging sectors in the country, with huge potential for growth in the coming years. According to the Nepal Telecommunications Authority, the internet penetration rate in Nepal drastically increased from 35.70% in 2014 to 62.94% in 2017. Similarly, mobile penetration rate is more than 100% with the number of mobile subscriptions increasing from 18.93 million in 2013 to 32.12 million in 2016, according to the Central Bureau of Statistics. As there are only two major telecommunications companies (NTC and Ncell, the latter being a successful example of FDI) dominating the sector, there is room for new firms to enter the market. Building on the Trade Policy 2015, the Government of Nepal has identified IT services and business process outsourcing (BPO) in the Nepal Trade Integration Strategy 2016 as one of the three priority potential export service sectors. The sector has the potential to generate high growth and significant profits and is expected to be one of the most significant growth sectors in Nepal. Foreign companies reap the demographic advantage by tapping into the young English-speaking population and benefit from the cost advantages offered by low wages, low set-up and operating costs. Globally, the ITES and BPO service industry accounts for nearly US$ 2.3 trillion annually. This reflects an increase of 4.6% over 2013/2014. This growth has fuelled the demand for global outsourcing, which grew by 9-10% –nearly twice the global technology growth. Nepal is an attractive destination to tap into this industry. There are successful examples of companies offering BPO services in Nepal such as include Verisk Information Technologies, Deerwalk, Javra Software, Leapfrog, F1Soft, Incessant Rain Animation, and Cloud Factory, among others. Moreover, there are unmet needs for the use of ICTs in governmental agencies and the private sector. Nepal also offers conducive international trade regime, including WTO services waiver for LDCs.